Setting up PCSX2 for Socom 2 and SVDL (Updated)

Why should I use PCSX2 over a Playstation 2?

Well if you already have a PS2 setup and you don’t care about better looking visuals then PCSX2 really isn’t for you. However if you don’t wish to use a PS2 anymore or can’t be bothered but would like to play Socom2 again this this would be for you. You can expect a cleaner looking game, smoother visuals and the ability to easily use custom patches / content (Harry62’s r0005 patch for instance). 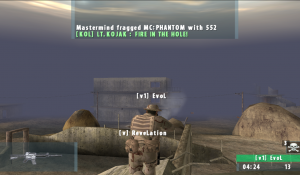 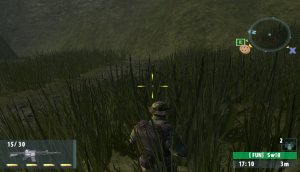 The following has updated:

END_OF_DOCUMENT_TOKEN_TO_BE_REPLACED

Posted in PS2/PSP, Socom II | Comments Off on Setting up PCSX2 for Socom 2 and SVDL (Updated)

After doing some debugging, I found out that the original address I checked for what file was currently active actually changes between different pcsx2 versions. I found another address that appears to remain static between versions and shouldn’t break the check anymore. This will not work with the original untranslated version of the game. The new area where I am checking for what file is loaded doesn’t populate till after the current binary changes. It’s something I am working on but for now I would just like to know if anyone is having issues with this current version in terms of connecting.

Just to be on the safe side, please backup your saves.

I updated the fragment patcher which solves the crashing problem that would happen if you went to offline mode:
Download

The Socom 2 Online Beta (SCUS_973.66) has it’s LAN option disabled on the main menu however thanks to Harry62, he made a code to enable this option. I’ve created a homebrew patcher for this.

Added in Skip MPEG to prevent the game from freezing on the emulator if the user did not have the SKIP MPEG game fix selected in the emulator settings.

Added the Disable item removal code so if the emulator crashes you will no longer lose your items. This only works for the online portion of the game.

Memory Card Formatter is a homebrew application for the PS2 that allows the user to quickly format memory cards. Simply insert a memory card into either Slot 1 or 2 (or both) and press start.

Posted in PS2/PSP | Comments Off on [PS2] Memory Card Formatter

.hack//Fragment Patcher is a homebrew application for the PS2 and the emulator PCSX2 that will allow the user to play the game in english without the need to download a modified copy of the game. With this anyone with a copy of the original game can pop it into their ps2 (or PC through the emulator), run the homebrew and play.

The patch is in development and currently has the following features:

I made the code open source so anyone can read through it. I am still rather new to PS2 homebrew development so if the code doesn’t look that great, that’s because it’s probably not.
The code can be found on my github here.

Once I have a majority of the translations in place, I will make a binary release here. 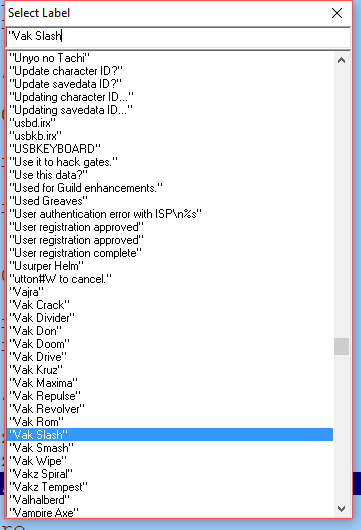